A trip on Thanksgiving Day, US 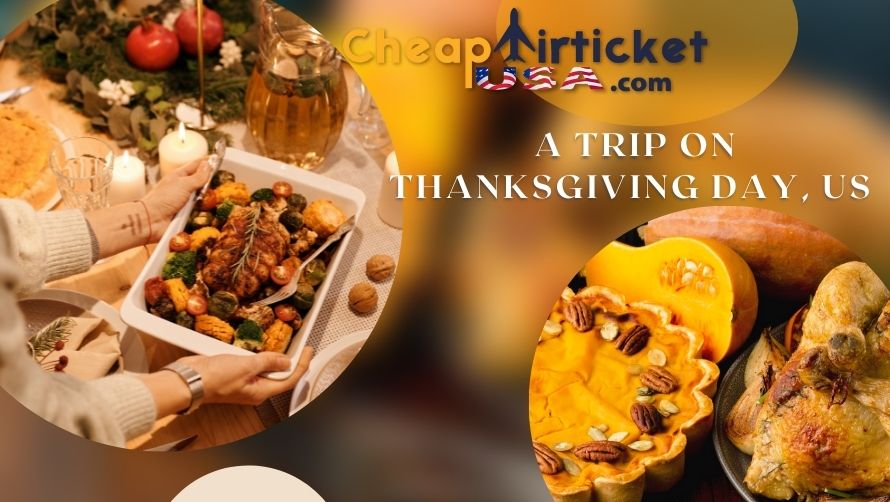 “Pumpkin Spice and Everything nice”

Do you know where this saying comes from?

Well, the saying comes from the US’s beloved holiday celebration, Thanksgiving Day. This is the day when excitement is in every atom of the atmosphere.

Everything is doubled like extra chairs, extra cooking, extra plates, extra wines. This all added efforts for a single day. Yes, because on this day friends and families reunite. The reunion is for giving thanks and eating and celebrating.

There is excitement everywhere, there is a flavor diffuser on. Everything is closed while everyone sits back in a cozy environment and enjoys plentiful a meal, watches parades, gets drunk, and enjoys.

Dated back in 1621, when English Colonists invited Wampanoag Indians to share a meal and celebrate their first harvest, which they had planted with the help of Indians.

It wasn’t a federal holiday back then. It was US president Abraham Lincoln in 1863 who stated to celebrate National Thanksgiving Day every November and declared it an official holiday.

So, what is all the elation of Thanksgiving Day?

There is a long list that says why Thanksgiving Day is full of excitement and most loved, but atop is “food”.

Families gather together at the dining room which is well lit which scented candles and beautiful decorations. The table is flooded with a variety of dishes. Traditionally, the center of attraction is delicious “Roasted Turkey“. This is why this day is also known as “Turkey day“.

Turkey is stuffed with a mixture of bread cubes, celery, onions, and herbs and served with sweet potato or yam. People also consume a lot of cranberries and other dishes such as couscous, pasta, or curries representing their ethnic background.

The dinner is of course incomplete without dessert. Here comes “Pumpkin pie” to make everything nice and delightful. The Pumpkin Pie is baked and topped with white whipped cream or ice cream. Besides, apple pies or pecan pies are also cherished.

Many people find it difficult to cook at home or are lazy to cook. So for them, the restaurant of the US has got their backs. Several restaurants offer a special meal for Thanksgiving Day. Do visit one to taste the mesmerizing Turkey.

Turkey Torts is a footrace that usually is held on Thanksgiving Day. Start your day by running at this footrace.

This footrace is also undertaken in many parts of the UK before or after Christmas. But in the US, running on Thanksgiving Day and feeling the enthusiasm of the day adds to the excitement of the day.

This year, on November 25, the Anthem Turkey Trot starts and ends at Anthem Community Center. They will get a medal for participating in the 5km and 10km footrace.

So whether if you are a runner or a saunter, you better participate with your friends, family, and work out to prepare for the Turkey Day appetite.

Parades made Thanksgiving a colorful Day.

Macy’s Thanksgiving Day Parade is the world’s largest parade. Macy’s a US-based department store, presents this parade in New York City. This giant parade was first started in 1924 with Macy’s employees and some real animal from Central Zoo.

Later on, the animals were replaced by the giant character balloons that float high alluring the audience. The parade starts in Manhattan and ends at Macy’s Herald Square.

The balloons became the main attraction of the parade. Apart from gigantic balloons that float high, there are Fallon ( float-based balloon), Balloonicle (self-powered balloon vehicle) and

There are live performances and live concerts done by popular faces. All this is telecasted on NCB for the couch potatoes.

The fun doesn’t end here, there is more than you can enjoy. It is the festival people celebrate with joy and merry. You can see millions of happy faces altogether or you can enjoy the day.